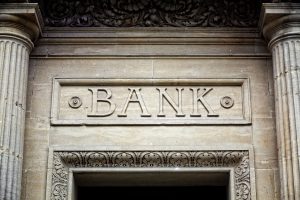 Consumer group Which? has published new research that shows bank branches across the UK are closing at a rate of around 60 a month.

Forecasts suggest that by the end of 2018, 2,868 branches will have closed in the last three years.

RBS has led the way in closures, but the rate of branches shutting across the board has accelerated in the last 12 months.

HSBC and Lloyds will each have shut 400 branches respectively since 2015, Which?’s data shows.

However, RBS, including its Natwest and Ulster Bank brands, has closed around 1,000 over the period.

Which? online money head Gareth Shaw says: “While the decision is clearly a commercial one for a bank to take, it is also crucial that banks do recognise the needs of their customers and the communities they serve, before simply shutting their doors – and their customers out.”

Scotland has been the hardest hit of the UK regions, where 368 branches will have shut by the end of 2108.

However, the South East has also taken a significant hit, with 361 due to close.

Some banks have developed mobile banking trucks that visit local and more isolated communities which has helped with access to banking, however coverage is limited currently.

The banking industry points to changes in consumer behaviour towards online banking that have made physical branches unprofitable. RBS say they have seen a 40% reduction in its customers using physical branches in the last 4 years, while mobile transactions have increased by 73 per cent over the same period.

A spokesman for RBS said: “As customers continue to change the way they bank with us, we must change the way we serve them, so we are investing in our branches and re-shaping our network, replacing traditional bricks and mortar branches with alternative ways to bank.”

Step-sisters go to war over which parent died first

John and Ann Scarle were found frozen dead in their home on October 11, 2016.…

What is the Tax benefit of holding your Investments in an ISA, as opposed to…