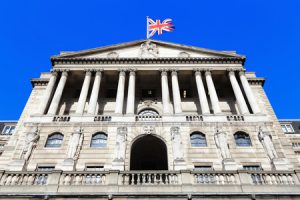 The Bank of England says the UK has made positive “progress” on handling financial services risks around the UK’s departure from the European Union.

However, it also says that the EU as show a lack of similar action, which it says means that “material risks remain” to trillions of pounds worth of financial contracts – which support the business activities that flow between the UK and rest of Europe. The findings come in the bank’s bi-annual Financial Stability Report.

The report said the passing of the EU Withdrawal Bill and Treasury plans for a “temporary permissions” system – for continuing cross-border financial trade – had eased the “risk of disruption”. “Progress has been made in the UK towards mitigating risks of disruption to the availability of financial services to UK-end users,” the report said.

The EU (Withdrawal) Bill has been passed by Parliament to legislate, if necessary, to put in place temporary permissions and recognition regimes. This means banks and insurers could continue their activities in the UK for a time-limited period after the UK has left the EU, even if there is no implementation period, thus mitigating a number of risks of disruption to UK customers.

The report highlights that the EU has not indicated a solution equivalent to a temporary permissions regime. European Economic Area customers remain reliant on UK-based financial companies being able to overcome any future barriers to cross service provision.

The Bank said that the UK’s banks were sufficiently robust to weather a “disorderly Brexit”. But despite the progress, its Brexit risk register still has amber warnings on progress towards ensuring there is a legal and regulatory plan in place once Britain leaves the EU.

For the UK, there is a single red warning on the continuing validity of contracts used to ensure businesses making currency trades, for example, involving institutions in Britain and the EU. There are believed to be £29 trillion worth of such contracts which could become “unserviceable” after March next year if action is not taken.

The Bank says the EU is facing three “red light” issues. Two are on contracts and one on is on clearing – the ability to finalise deals and trades across borders between banks, businesses and fund managers.

Both sides also face amber warnings on the ability of banks and asset managers to continue providing other services across borders, as well as on the lack of agreement on the cross-border flow of personal data between Britain and the EU.

Have You Got The Power?