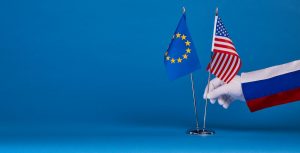 Following on from our blog article yesterday, The European Union has announced this afternoon that it will launch a raft of retaliatory tariffs against US exports on Friday.

The move comes after US President Donald Trump imposed steep duties on steel and aluminium earlier this month.

The Commissioner was keen to stress that the EU Bloc “did not want to be in this position”. However, “The unilateral and unjustified decision of the US to impose steel and aluminium tariffs on the EU means that we are left with no other choice,” she said.

The global markets have so far remained fairly stable. However, there is a risk that as this trade war ramps up it could have a very destabilising effect on the global economy as the tariff increases are passed through to consumers through retail price increases.

According to research by SunLife, the overall cost of dying, including flowers and professional fees,…

Multiple cases have been identified recently about a very high-quality scam that is circulating, where…