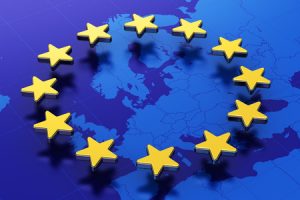 Why have shares tumbled?

Shares in companies that do most or all of their business in the UK reflected the continued political uncertainty, as members of the Conservative Party and opposition politicians voiced their scepticism over the draft deal.

“The market has taken a big red pen to stocks which are heavily exposed to the UK economy like the banks, retailers and housebuilders,” said Laith Khalaf at Hargreaves Lansdown.

“These sectors were already under pressure, but the potential for an orderly Brexit to unravel in the next few days is causing further distress to be manifested in share prices.”

How has Brexit affected the pound’s volatility?

The Brexit process has been punctuated by big movements in the pound’s relationship with the dollar, something which can lead to big gains or losses for investors.

In the run-up to and immediate aftermath of the Brexit referendum on 23 June 2016, for example, the pound hit a peak of volatility against the dollar.

And as the graphic below shows, the events surrounding Wednesday’s draft agreement has triggered the greatest volatility for sterling since the referendum.

EU Ramps Up Trade War With The US

Following on from our blog article yesterday, The European Union has announced this afternoon that…