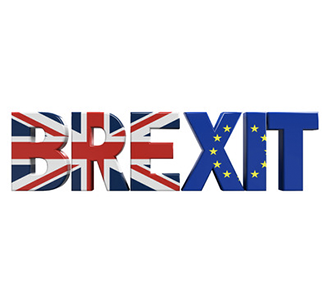 With the deadline of 31st October fast approaching, sentiment and headlines are changing daily and in some cases even hourly, so things may well have moved on significantly by the time you read this!

Despite the hour-by-hour updates we’re getting on Mr Johnson’s approach to the Brexit negotiations, the bottom line is that there is still no agreement in place for how we will manage our relationship with the EU after we exit from it, things will just … stop.

However a breakthrough seems to have appeared, with the glimmer of a suggestion that the EU might be willing to reopen the Withdrawal Agreement if a solution to the Irish Backstop issue can be presented AND that Boris is willing to accept the rest of the agreement, £39billion settlement and all, if they can be flexible on the backstop. The backstop itself is only designed to be used in a worst-case scenario where the UK and EU cannot negotiate an alternative trade deal by December 2022; if that is the case then the UK will stay in a single customs territory with the EU until a satisfactory resolution can be reached. The problem parliament has with this is that this “union” cannot be dissolved unless both the UK and the EU agree an alternative that will work to keep the border “borderless”.

Now with Parliament suspended, the opposition blocking a move for a General Election, (whoever thought that would happen!), and legislation in place that legal forces Boris to get a deal that can be approved or request a further delay, we continue this stagnation in politics that stops the UK moving forward.

oris wants to be remembered as the man who broke Britain so I ‘m sure he will be pulling out all the backstops (!) to make something work in any way, shape or form. Further extensions are unlikely unless they are very short and purely for the sake of getting legislation in place. I t’s do or die time!

The Growing Importance of Trusts In Estate Planning

HM Revenue and Customs recently released their data on receipts for 2018/19 taxation. As usual,…

Protect yourself from Property Fraud

It seems that every year HMRC again break records with their Inheritance Tax receipts. This…