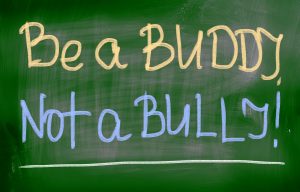 In 1995 the World Trade Organization (WTO) was established to create a fair trading environment for the world: an environment where success was based on the ability to trade wisely and flexibly. It was designed to prevent the largest economies driving through agreement just because they were the biggest.

Last month President Trump threatened to pull out of the 164-country organisation unless it “shaped up” (whatever that means!). The WTO has a tribunal system, with seven judges who hear and decide cases. Since taking office, Trump has consistently blocked the appointment of new judges, to the point that there are now only three, which is the minimum needed to hear a case. Therefore the system is backing up, with massive delays in hearing cases.

What is Trump’s claim? That most hearings involving the USA find against the USA, and that this is unfair. Guess what? He is right. Of the 150 cases brought against the USA, 90% found against them. Is that unfair? Well you may think so, until you hear all the facts. EVERY country that has been sued in the WTO court has a losing rate of 90%! That is because a country is generally not sued in the WTO unless there is a very strong case against them. Here’s another fact that Mr Trump obviously didn’t read (he is notorious for not reading his briefing documents): the USA WINS 90% of the cases where it sues!

The hidden agenda is clear. The USA is the biggest and it wants its own way, no matter what … it seems that the Bully Trump can just change his spots, and that’s a bad thing for everyone who lives somewhere other than the USA.

We've covered this article previously here on the Redwood Blog. However, we really think too…