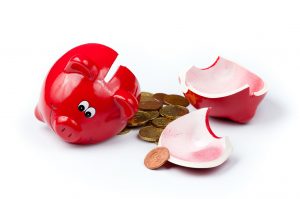 Overdraft revenue, including interest and other fees and charges, was responsible for more than 30% of banks’ personal current account income.

A recent FCA report revealed that more than three million people have dipped into an unauthorised overdraft in the course of a year, exceeding their agreed limit. Yet, the majority of unarranged overdraft charges are concentrated on less than 2% of customers, some of whom are vulnerable.

The regulator has already proposed that banks offer more information to customers, including mobile alerts, about when and how they go into the red. It is also considering a ban on fixed fees, which can lead to relatively high charges for a small unarranged overdraft. Part of discussions will be a “potential backstop price cap for overdrafts”, but it is not an immediate proposal. The FCA said that it needed to overcome potential legal issues that had been encountered in the past.

This stance has been criticised by debt and consumer charities, many of which want to see a speedy cap on the cost of overdrafts, to protect these potentially vulnerable customers.

The report also found that customers who use multiple services and products from one bank are significantly disadvantaged for their loyalty.

You can see the full BBC report at BBC Business News

After nearly a year of debate and delays, a positive decision has finally been made…

Bank of Mum & Dad helping to fund the next generations future

At the amazing age of 103, Hollywood and the world lost one of its most…