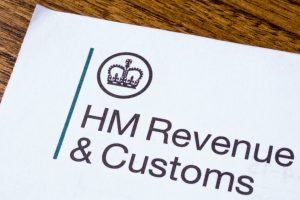 BBC Business News report that the voices of millions of taxpayers have been analysed and stored by HM Revenue and Customs (HMRC) without consent, privacy campaigners say.

The Information Commissioner’s Office (ICO) says it is following up complaints about the service. HMRC says the data is held securely. It also emphasised that callers could choose not to use Voice ID. The Voice ID scheme, which was launched last year, asks callers to repeat the phrase “my voice is my password” to register.

Once this task is complete, they can use the phrase to confirm their identity when managing their taxes.

HMRC says this process helps speed up security procedures and improves access to its digital services. But Big Brother Watch said taxpayers were being “railroaded into a mass ID scheme”, as they were not given the choice to opt out.

“These voice IDs could allow ordinary citizens to be identified by government agencies across other areas of their private lives,” said Silkie Carlo, director of Big Brother Watch. She also called on HMRC to “delete the five million voiceprints they’ve taken in this shady scheme”.

In response, an HMRC spokesperson said the Voice ID system was “very popular with customers”. HMRC sources also told the BBC that identifying details were stored separately from the voice recordings.

The General Data Protection Regulation (GDPR), which came into force across the European Union last month, requires organisations to obtain explicit consent before they use biometric data to identify someone, including voice recordings.

This is likely to be an issue that rumbles on for some time to come!

Hopefully, you weren't affected by the Thomas Cook failure but, if you were, be aware…